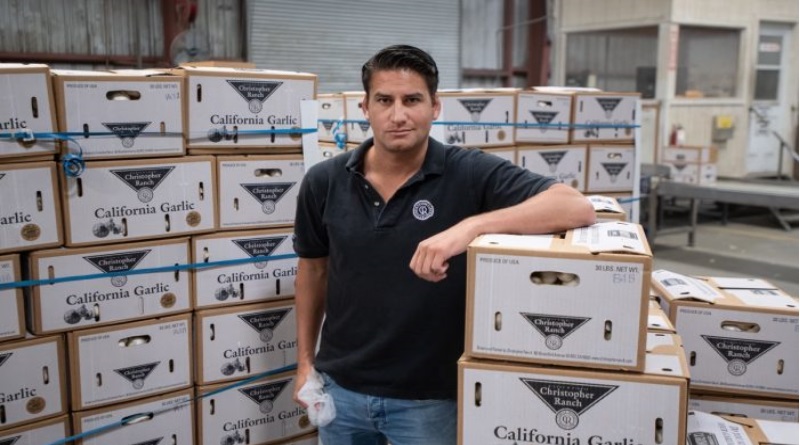 Christopher Ranch Executive Vice President Ken Christopher poses for a photo as employees work with garlic on the production line in Gilroy, Calif. on May, 30, 2019. Garlic and honey producers are applauding the new tariffs on Chinese goods. (Josh Edelson /AFP/Getty Images)

BY THE ASSOCIATED PRESS

The 15 percent taxes apply to about $112 billion of Chinese imports. All told, more than two-thirds of the consumer goods the United States imports from China now face higher taxes. The administration had largely avoided hitting consumer items in its earlier rounds of tariff hikes.

As a result of Trump’s higher tariffs, many U.S. companies have warned that they will be forced to pass on to their customers the higher prices they will pay on Chinese imports. Some businesses, though, may decide in the end to absorb the higher costs rather than raise prices for their customers.

After Sunday’s tariff hike, 87 percent of textiles and clothing from China and 52 percent of shoes will be subject to import taxes.

On Dec. 15, the administration is scheduled to impose a second round of 15 percent tariffs—this time on roughly $160 billion of imports. If those duties take effect, virtually all goods imported from China will be covered.

The Trump administration has been locked in trade negotiations with China for more than a year as the president’s team pushes China to address its stealing of U.S. trade secrets and its unfair subsidizes to its own companies in its drive to overtake the United States in high-tech industries, not limited to artificial intelligence and electric cars.

To try to force Beijing to reform its trade practices, the Trump administration has imposed import taxes on billions of dollars’ worth of Chinese imports, and China has retaliated with tariffs on U.S. exports. The president has said that due to the tariffs, jobs lost to China over the decades are now returning to the United States.

While the positive impact of returning jobs begins to trickle through the economy, Trump’s tariffs were looking to cost the average U.S. household $1,000 a year, according to a study by J.P. Morgan—this was the estimate before Trump raised the Sept. 1 and Dec. 15 tariffs to 15 percent from 10 percent.

Some retailers may eat the cost of the tariffs. Target confirmed to The Associated Press that it warned suppliers that it won’t accept cost increases arising from the China tariffs. But many smaller retailers won’t have the bargaining power to make such demands and will pass the costs to customers.

The president has also announced that existing 25 percent tariffs on a separate group of $250 billion of Chinese imports will increase to 30 percent on Oct. 1.

Though consumer spending grew last quarter at its fastest pace in five years, the overall economy expanded at just a modest 2 percent annual rate, down from a 3.1 percent rate in the first three months of the year. 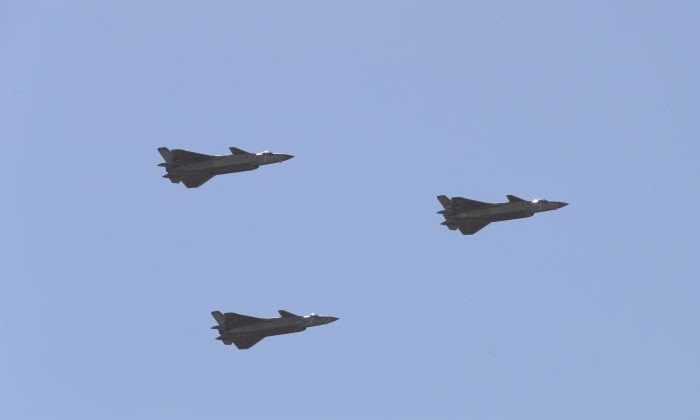 China’s Military Intends to ‘Defeat, Not Merely Compete’ With US, Report Says

16.12.2018 start Comments Off on China’s Military Intends to ‘Defeat, Not Merely Compete’ With US, Report Says 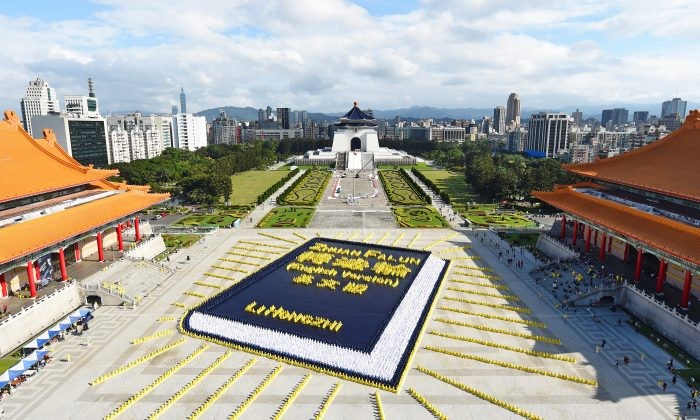 01.12.2018 start Comments Off on Thousands From Around the World Gather in Taipei to Form Image of Book That Guides Their Spirituality